CONTACT
07 3188 5000
Blog
Most Popular Posts
Gastro in Pregnancy
Celebrities give birth in their late forties. But don’t assume you can too.
Driving after a caesarean section
Hollywood's twin pregnancy epidemic
Dr Brad v Pete Evans 'Smack Down'
Related Articles
When does a baby's head stop growing?
Listen to Dr Brad Robinson discuss the head size of babies with the Nova radio breakfast team, Ash, Luttsy and Susie O'Neill. [audio ...
Navigating the minefield of Pregnancy Apps, with the help of my patients.
Just out of curiosity, I recently did a search on the App Store for pregnancy apps. No wonder this has become one of the hardest decisions for my ...
Sterilisation surgery for women
This area of my specialty can be incredibly challenging and emotive. Performing surgical sterilisation for patients not desiring children seems - ...
When does a baby's head stop growing?
Obstetrics 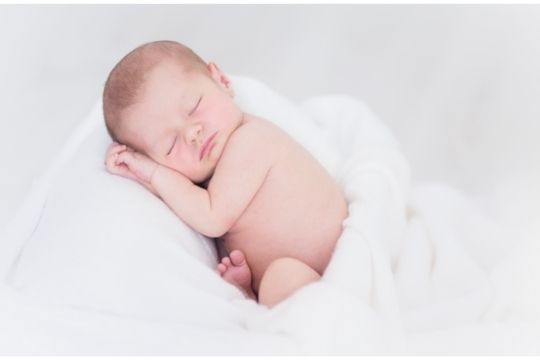 Adele and oh my god, it’s 6:52 this morning with Ash, Luttsy and Susie O’Neill here on Nova.

Speaker 1: Oh my god that’s what Jackie said when Mitch was born. With his size 38 head.

Dr. Brad Robinson he’s very passionate. I follow Dr. Brad on socials. So I’ll tell you you’re very passionate about your job, which is great. And the only downside is the Parramatta Eels. Hi, Dr. Brad.

Speaker 2: Oh, great. Thank you. Yeah, the Eels certainly take away from the joy that I otherwise get out of my work.

Speaker 1: Well, this came up yesterday. We were talking about Alfie’s cat for the footy of all things and whether or not it would have fitted on Buzz’s young son’s head? How old Harry?

Speaker 1: Suze made the comment that a baby’s head, at the end of the day, by the time it’s like 15 months a baby’s head is at its full size. Is this true?

Speaker 2: Look, the baby’s head does continue to grow, but we know that fetal growth and newborn growth principally occurs first in the head. That’s why babies when they’re born, they look like bobbleheads and some more so than others. I know that, so my daughter – our first, she was born unexpectedly with a massive head because I’ve got a massive head. I feel your pain Mitch.  So she was born with a 38 centimetre head and she had an obstructed labour and had to have an emergency Caesar. So fetal head size we know is initially proportionately far bigger than it will be later in life. So with my daughter the joke is that she couldn’t walk before 15 months because she couldn’t hold her head upright. But now she looks quite normal thankfully.

Speaker 3: Because the reason I thought that you had an adult sized head is because I kept seeing that picture of Ash Barty when she took up tennis. You know, when she’s six years old?

Speaker 3: She looks cute. So, is there some part of the body an organ that doesn’t change size? Like maybe the eyes?

Speaker 2: No look, you’d expect everything to proportionately grow throughout life, with the exception of things that grow at different rates. So, the fetal head growth slows during life, whereas the rest of the body catches up. But then, as we get older, our snout and ears continue to grow. That’s why older people are more likely to have bigger appearing noses and ears.

Speaker 3: Is that girls as well or just boys. I’ve noticed a lot of men grow big noses.

Speaker 1: Well, we’ve all got that to look forward to. So the eyes grow as well, is that right?

Speaker 2: Yeah, the fascinating thing I always get asked at birth. And until yesterday, when I was asked to comment on this, I didn’t really know definitively what the answer was, but the eye colour changes post birth. So kids that are born to parents that are more dark skinned, are traditionally born with brown eyes, and those that are born, for instance, to Caucasians, children either have blue or light grey eyes at birth. Then there’s a cell called the melanocyte that produces melanin, which is what gives humans their colouring. And that still produces colour for the first six to 12 months. So most Caucasian babies are born with brown to grey eyes that will then depending on how much melanin is produced, transition to either green or hazel or brown depending on how much melanin is produced. Whereas darker skin babies eyes will typically just get a deeper brown.

Speaker X? And the eyeballs grow?

Speaker 2: They would Luttsy but they grow in proportion to the organ in which they sit.

Speaker 3:  Even though the head is a lot smaller, how does it possibly fit out that ……?

Speaker 2: Well, that this is that’s a really interesting point, Suze, because in obstetrics, we fight with the fact that we don’t have a lot of evidence for what people should do. So a lot of is based on what they want to do. But it makes logical sense that the bigger a structure is that’s coming out a smaller tunnel, the more difficulty that’s going to pose. So, the babies do have inbuilt mechanisms that help that process and one of them is that the baby’s bones in the head are not fused. So, the heads kind of more bulbous, it’s more squishy so that it can shape into almost, into like a cone head, so that it can traverse the vaginal canal.

Speaker X: I’m still on the record at The Mater.

Speaker 1: Here we were giving all these awards to Wally!

Speaker 3: Did you break a record?

Speaker X: Oh yeah, I walked in when Sarah gave birth to my children and they’re like, It’s him. It’s the one!

Speaker 1: Thanks Dr Brad. Thanks Doc.

Speaker 2: My pleasure. Nice talking to you.