CONTACT
07 3188 5000
Blog
Most Popular Posts
Gastro in Pregnancy
Celebrities give birth in their late forties. But don’t assume you can too.
Driving after a caesarean section
Hollywood's twin pregnancy epidemic
Dr Brad v Pete Evans 'Smack Down'
Related Articles
When does a baby's head stop growing?
Listen to Dr Brad Robinson discuss the head size of babies with the Nova radio breakfast team, Ash, Luttsy and Susie O'Neill. [audio ...
Navigating the minefield of Pregnancy Apps, with the help of my patients.
Just out of curiosity, I recently did a search on the App Store for pregnancy apps. No wonder this has become one of the hardest decisions for my ...
Sterilisation surgery for women
This area of my specialty can be incredibly challenging and emotive. Performing surgical sterilisation for patients not desiring children seems - ...
The weird phenomenon of 'Pica'
Obstetrics

Ice. Sand. Dirt. Bark. Chalk. What about them? Well, would you believe, they are all things you might like to eat if you were suffering from the weird phenomenon of Pica.

Pica is the craving of non-food items that have absolutely no nutritional benefit. The word Pica comes from the latin word for Magpie, because the Magpie is a bird that is notorious for eating pretty much anything.

So, what causes it? We don’t really know. There’s not a lot of research on it. We think it could possibly be related to some sort of mineral deficiency, so the person then seeks to find something unusual that may have that mineral present in it.

The problems with Pica are that:

So, it should be discouraged.

Interestingly, the pre-term delivery rate for women that suffer from Pica, delivering beneath 35 weeks, is about twice as high as it is in other people.

Here’s an interesting fact. Kenyan stones called Odowa are actually sold in markets in Kenya where pregnant women can buy them to eat! 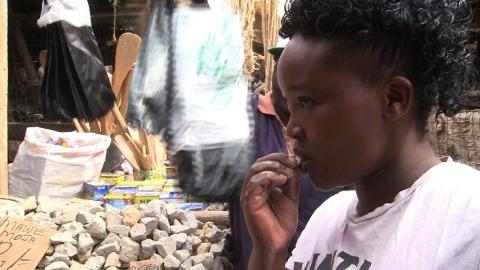